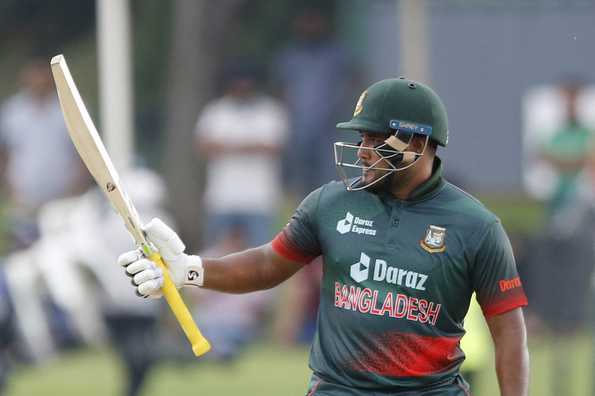 Yasir Ali, Bangladesh middle-order batter, is all set to miss the upcoming tour of Zimbabwe as he is yet to recover from a back injury.

Yasir was injured during three-day practice match against the Cricket West Indies President’s XI in Antigua on June 10. He was later ruled out from the series altogether after MRI revealed that he sustained Discogenic Back Pain on the Lumbar spine.

”Yasir will probably not be able to make it in the Zimbabwe tour but we are expecting him to be available from the Asia Cup,” Habibul Bashar, member of the BCB’s selection panel told Cricbuzz on Monday.

BCB chief physician Debashish Chowdhury told Cricbuzz on Monday: ”Let’s see how he progress in the rehabilitation program and later we can make a call on it,.”

Bangladesh are expected to travel to Zimbabwe on July 27 to play three ODIs and as many T20Is.

Meanwhile, Bangladesh pace bowling all-rounder Mohammad Saifuddin said on Monday that he is eyeing an international comeback through the forthcoming Asia Cup. He feels he won’t be able to make it to the Zimbabwe tour.

Saifuddin has been out of international cricket since the ICC T20 World Cup last year, when he sustained a back injury and left the tournament midway. He returned to competitive cricket through the Dhaka Premier League, country’s traditional 50-over Dhaka-club based tournament, and earned a spot through performing there, picking 22 wickets along with scoring 220 runs.

”If everything goes according to plan I will travel to India to assess my condition. Probably I will not be considered for the Zimbabwe tour but the selectors called me asked me to plan keeping the Asia Cup in mind,” Saifuddin told reporters at BCB in Mirpur on Monday.

Will Roger Binny be next BCCI chief? | Cricket News – Times of India

Will Roger Binny be next BCCI chief? | Cricket News – Times of India